Gender in the Enhancing Capacities for Institution Building Program (ECIB)

The ECIB program has put a strong emphasis on the promotion of gender in TVET and in the development of Work Based Learning (WBL) schemes right from the start. The following measures were developed in this perspective:

Intermediary results show that the approach adopted by the ECIB program promotes the enrolment of women and girls in TVET, and in WBL in specific. The gender-sensitive awareness-raising campaigns and the positive discrimination towards female candidates of the Scholarship Fund have strongly contributed to this result.

Until the end of 2016, 427 women/girls graduated from the WBL programme, representing 40% of the total number of graduates, surpassing significantly the already ambitious objective of the log frame (minimum 23% female graduates). A similar result has been obtained for the scholarships: more than 35% were granted to female students.

Through its contacts with the different TVET-LM stakeholders, the ECIB program has adopted a gender-sensitive approach, underlining the importance of appropriate measures to increase the number of female students in TVET, particularly in non-traditional vocations. Evidence of the growing gender-sensitivity of the stakeholders can be found in the significant increase of the number of female students and graduates in non-traditional vocations such as ICT, as well as in the targets the partner ministries have set themselves on the percentage of women/girls in TVET they want to reach in the coming years.

These same ambitions are also reflected in the objectives of the Joint Results Framework of the European Joint Strategy to “expand the access to Vocational Education, in particular for girls in non-traditional sectors” or to “reduce barriers that prevent the full participation of women in the economy.”

A specific Technical Working Group (TWG) on gender was created in 2016 in partnership with GIZ and consists of representatives of the different public and private stakeholders in the TVET-LM subsector. The TWG will focus on the development of a specific gender strategy for TVET at the national level, based on the positive experiences and lessons learnt of the ECIB program. 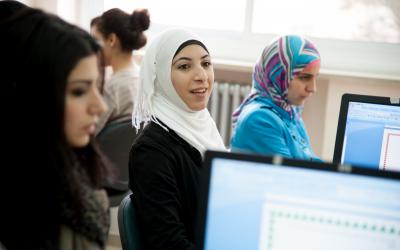 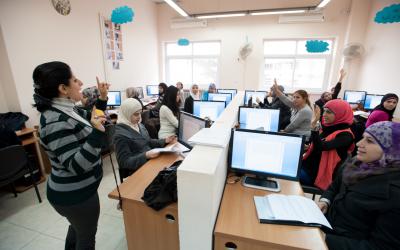 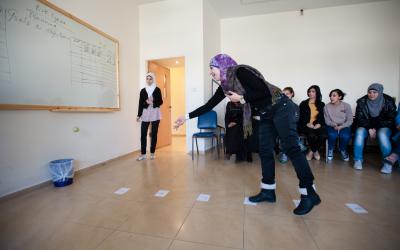 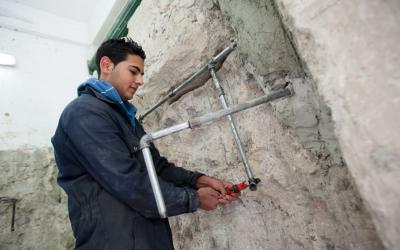 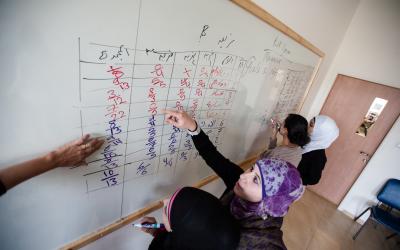 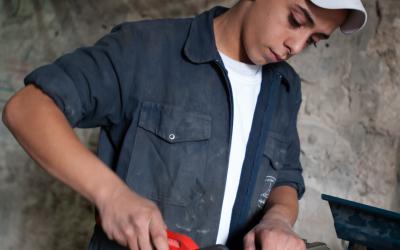 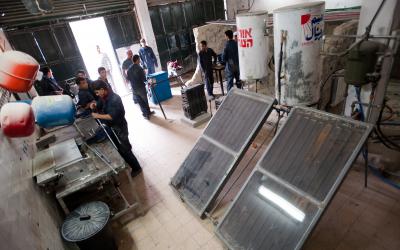 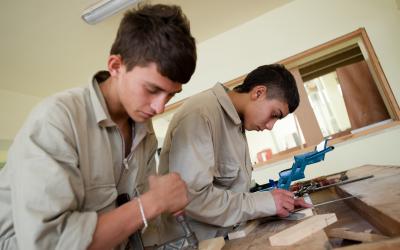 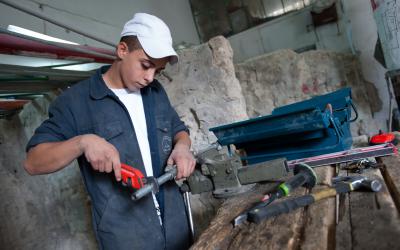 A number of success stories, including female WBL graduates who are (self-)employed in non-traditional fields, were highlighted through different communication channels:

"In the past, it wasn't considered appropriate for Palestinian women to become graphic designers, but slowly this mentality is changing and international competitions like WorldSkills strengthen this process."

Suzan Al Helo, one of the graduates and mother of 6 children, had a dream to be an active woman and help her husband to improve their living conditions: "I was suffering from a difficult economic situation. After I had children I decided to go to this college. Now I am working in my own hairdressing salon."

"Honestly, the Work Based Learning initiative has enriched my experience and has helped me to face children with special needs with a positive spirit.”

Maram is a Palestinian girl who has just finished studying hotel and hospitality management at the Al-Rawdah Technical Community College. In her group of 14 students, she was the only female. "In the beginning I was a bit afraid, because I was the only girl in class, but everyone was very friendly and respectful.”

Amal was able to follow the Hairdressing and Beautification course in the Bethlehem Star Charitable Society. Together with 20 other people she was selected for the grant. Recently, she has opened her own beauty salon.